Get To Know Our Albuquerque Employment Law Firm 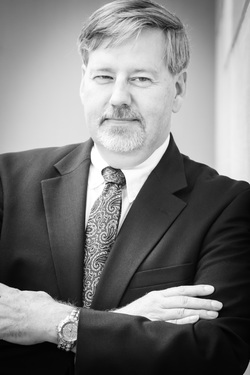 Donald "Don" G. Gilpin grew up in Casper, Wyoming. Prior to graduation from high school, he obtained a black belt in Karate. After enlisting and serving a short stint in the Marine Corps, Mr. Gilpin competed professionally as a kickboxer, where he obtained a second degree black belt. After leaving the kickboxing arena, Don worked as an Internal Auditor for Prudential Realty for three years. He obtained a bachelor's degree in Government and Law in 1991 from New Mexico State University. Mr. Gilpin attended Law School at the University of New Mexico and received a J.D. in May of 1994.

Donald Gilpin's area of primary practice is Employment Law and Civil Rights. He generally represents employees in their disputes with their employers. In addition, Mr. Gilpin assists small businesses with advice on employment issues. He was recently selected by the Equal Employment Opportunity Commission as one of the finest Plaintiff's attorney in the Albuquerque area for employment cases.

In his spare time, Donald Gilpin enjoys sailing, small aircraft flying and spending time with his four children and grandchildren.

​Christopher (Chris) P. Machin was born and raised in Albuquerque, New Mexico. Chris is a member of the 2007 class of Eldorado High School where he was involved in both school and “club” soccer. Upon graduation, Chris enlisted in the United States Air Force for a short period of time. Thereafter, he attended the University of New Mexico where he obtained his bachelor’s degree in Business Administration with an emphasis in entrepreneurial studies.

While pursuing his Juris Doctor at Oklahoma City University School of Law, Chris worked with The Gilpin Law Firm as a law clerk. Chris was admitted to the New Mexico State Bar in September of 2016 and The United States District Court of New Mexico in November of 2016. Chris’s primary area of practice is Employment Law and Civil Rights, representing employees in disputes with their respective employers.